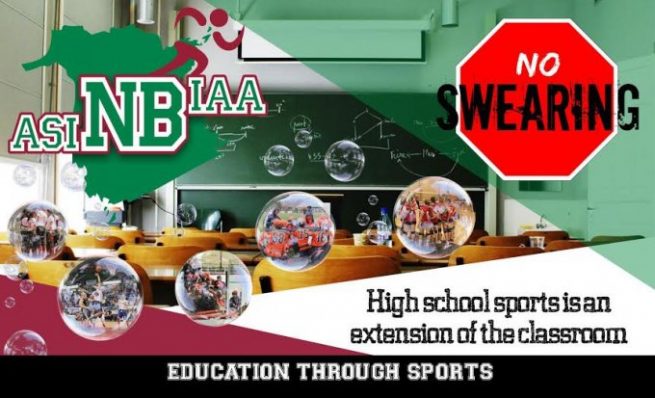 The “No Swearing” campaign encourages all teams to participate in this campaign by making a team commitment – both players and coaches – to refrain from using profanity.

Such a commitment equates to making a positive contribution to society by employing the admirable self-discipline – and respect for others – required to honour such a commitment.

Profanity is offensive to spectators, parents, teacher observers and more than ever, coaches and athletes.  Allowing it to occur during practice increases the likelihood that profanity will be used during games, where it can produce rule infractions and hurt your team and school’s image.

In an effort to curb the use of profanity, the NBIAA would like each school to support this campaign by displaying the “No Swearing” poster at all NBIAA events.

The NBIAA will also be sending out this message to all official associations and provincial sport organizations, to let them know that penalties are in place when profanity is used by NBIAA participants.